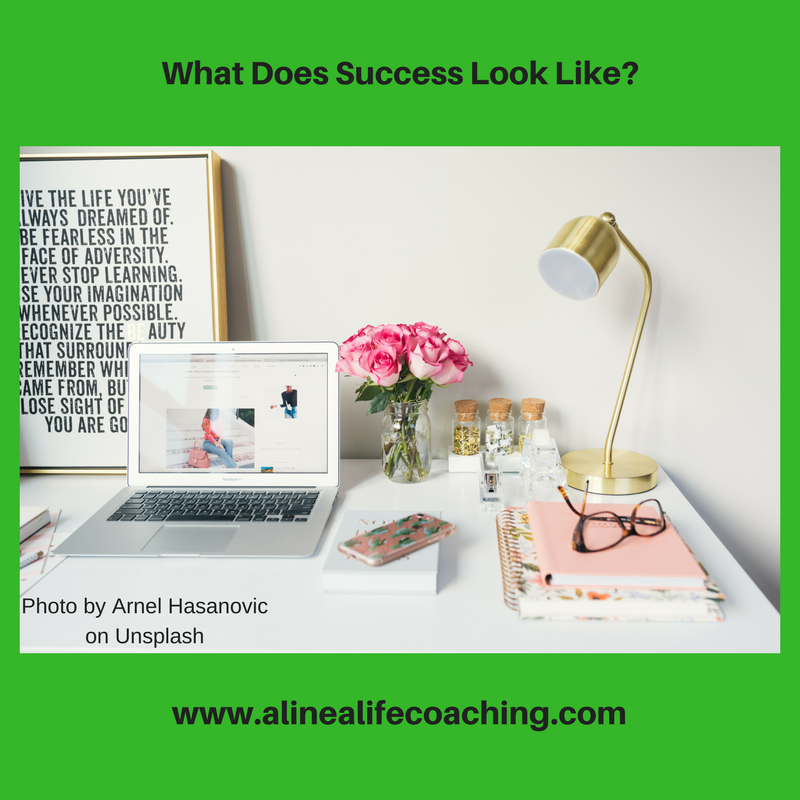 For decades I believed that success was a neat little package that included a degree, great career, a nice car, a house, cash, great vacations and kids that were hitting all the markers.  It is what I strived for like every other American in the country.  The thought of failure and the emotional impact kept me on my toes.  I was running to keep everything neatly humming while trying not to have a nervous breakdown.   It took many years for me to peel back the layers of fear.  The prominent one was the fear of not being enough, next was the fear of being judged, after that the fear of failure.   That might not be the exact order.  Fear was a multi layered cake.  The greater my fear, the greater my desire to control all outcomes in my life.   If I could just be a better wife, mother, get my kids to comply and my husband or anyone for that matter to “see” my authentic awesome self, everything was going to be OK!

When my boys were teenagers, we were in the thick of it.   The teen years pretty much brought me to my knees.  I’m pretty sure my kids hated me.  There were times I just wanted to run away.  I hated the attitude of the parents around me too.  They were so afraid of not creating the perfect kid package, they were so quick to judge anything I was doing or not doing in the parenting department.  Maybe I just felt judged, but I’m pretty sure there was a lot of gossip flying around about my boys and my parenting.  The impression I got from the parents around me can be summed up in one phrase, “my kids would never do that”!  That meant smoking pot, lying about where they were and what they were doing, and let’s not forget sex and underage drinking.   Their kids would never do that shit because they were perfect, a reflection of the perfect parenting that was happening in homes all around my neighborhood.  I suppose I was the only one struggling, or so it seemed.

The undercurrent of fear was palpable around raising kids who might be failing by society standards, there was a lot of comparing and judgment and it pissed me off.   Their kids were on the AP bus and mine were playing a mean guitar and didn’t give a fuck.  We all drank the Kool aid and thought if we could just churn out perfection in our kids, we would win some parenting prize.  Nowhere was happiness ever mentioned in the “how to” raise a great kid manual.   There are books about compliance, about how to deal with defiance.  There were books about psychotherapy and how to “fix” your kids and let’s not forget medication as an option.     It wasn’t until my younger son was in college that I realized how much pressure I was putting on my kids.  An example of this, expressed around studying abroad for my younger son. I never got to study abroad.  Since he was a classical guitarist I thought wouldn’t it be awesome to send him to Spain or the Royal Academy of Music to study?  After dodging the issue year after year, he finally said “Mom, that’s your dream, not my dream”.  It was then that I realized I had been pushing my agenda on my kids their entire lives.  It was a huge AHA moment for me.

Have we as a society, fallen so deep into the matrix of what success looks like that we have forgotten about the SOUL?  Have we forgotten that the very essence of our being is a soul energy and consciousness?   Have we ever considered allowing each person to be who they came here to be without placing ridiculous expectations on them?  We have all been encouraged to stay in neat little conformity boxes.  We have forgotten the beauty of what it means to be an individual.   We have been trained to turn our power over without thinking for ourselves.   People follow their faith blindly, they follow the political and social rules, they have forgotten how to think for themselves or question if any of it even resonates with them.  What about the artists?  What about the musicians?  What about the dreamers who are thinking outside the box or the hyperactive kid who has unrecognized talent?  They are labeled different as if that is something awful or contagious.

I’ve come to realize we all must travel our own path.  I do not buy the bullshit story that money is all there is to success.   Success to me is a person who has found their calling, who is living their truth regardless of what anyone thinks.   Success to me is looking at my beautiful boys who have turned into beautiful human beings.   They are not corporate material.   They are creative, they are pursuing their dreams, paying their bills and they are happy.   It took me 50 years to shake off the chains of expectation and step fully onto my path as a Marconics energy practitioner and intuitive life coach.  Being in service to people, that is what success looks like to me.  I’m not getting rich, I’m not hitting all the markers and I really don’t give a damn because every day I get to wake up and heal people’s souls and experience the most profound mind blowing things in my energy practice.   Living true to myself, honoring my soul, that is what success looks like to me.  It is standing so fully in my power and in alignment with my purpose nothing else matters.